MEPs have called on the Commission to act on the issue of EU trade with occupied territories. By urging the Commission to propose an EU-initiative on the matter, they hope the EU can ensure full compliance with both European and international law, notably the obligation of non-recognition of unlawful occupation.

This follows a roundtable hosted in the European Parliament on Wednesday 29 January 2020 during which legal and policy experts debated the divergent and piecemeal approaches of the EU towards trade with occupied territories.

On one side, the EU imposed sanctions on Russia in relation to the occupation of Crimea, while on the other, it has included the territory of Western Sahara in its bilateral agreements with the occupying power, Morocco. In Palestine, experts highlighted the lack of implementation of EU rules concerning the correct labelling of Israeli settlement products. Towards other situations of occupation such as Transnistria, Nagorno-Karabakh or Northern Cyprus, participants considered the EU’s approach as a best practice to be emulated.

“Incoherent trade policy undermines the EU’s foreign policy credibility and is also misleading European consumers as to the origin of goods. That creates insecurity and legal risks for EU-based companies. The Irish bill on trade in occupied territories was noted as an encouraging initiative at the national level, which deserved attention and support.”

Participants outlined how current challenges could be overcome, notably through the adoption of a comprehensive policy towards situations of occupation, a mandatory and public register of EU-based importers of goods from occupied territories, accessible and detailed statistical data on trade flows, and a mechanism to protect individuals from these territories, whose property rights may have been violated by illicit trade.

In light of this, MEPs Gina Dowding, Margrete Auken, Grace O’Sullivan, Petra de Sutter and Ernest Urtasun urgently called on the Commission to cease its policy of double standards towards situations of occupied territories. There is an urgent need to adopt a fair and coherent approach to EU trade policy that conforms with its stated ambition to act as a benevolent, global player that is committed to international law and to conflict resolution. 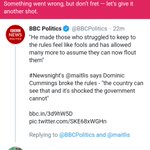