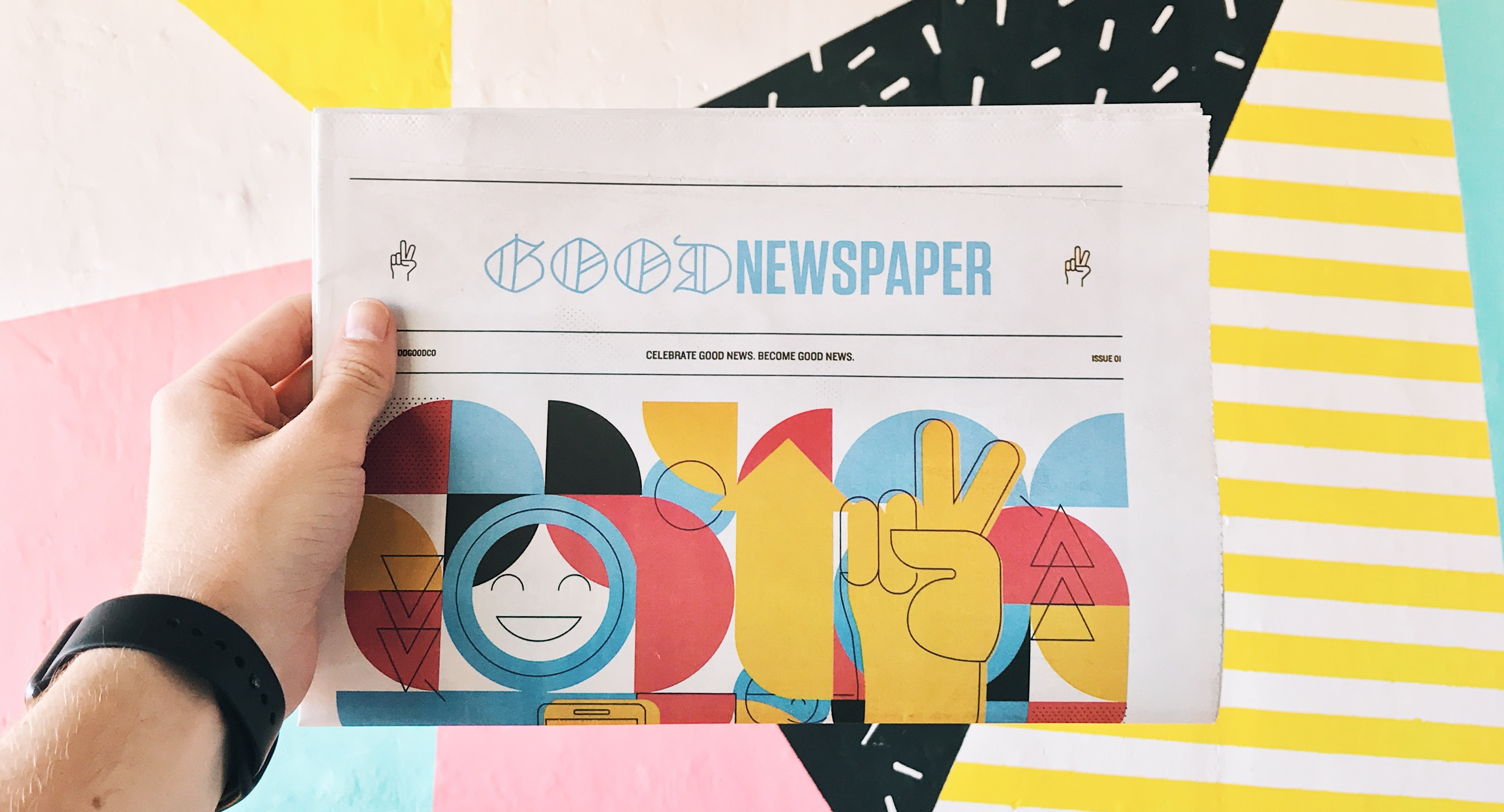 Gina in the press. Find out what Gina has been up to and keep up with the latest news stories, articles, and media coverage below.

Green MEP for the North West, Gina Dowding, recently hosted an opportunity for aspiring young women to join her at the European Parliament in Brussels…

Leave a light on for us

Since achieving the party’s best ever results in May’s European elections, our seven Green MEPs have championed an unwavering spirit of environmental action and international cooperation…

Gina Dowding: Farewell to my life as a European politician

My role as MEP will come to an abrupt end at 11pm today as the UK finally left the EU….

An artist has enlisted the help of British MEPs in Brussels to help her create a piece of artwork marking the UK’s departure from the European Union….

The intricate challenges of soil management have been intensified in recent years, with a rapid global descent into a more unstable climate and an increase in intensive farming methods…

20/12/2019
By exiting the EU on 31 January, the UK will lose access to the EU Charter of Fundamental Rights, which enshrines the political, social and economic rights of EU citizens in law. Gina Dowding, Green MEP for the North West of England, considers what this will mean for human rights in the UK…

05/12/2019
Green party MEP for the North West of England, Gina Dowding, told DeSmog the climate emergency resolution was “highly significant” and criticised those that voted against the resolution…

US settlement move: It’s time for the world to hold Israel to account

20/11/2019
The US decision to reverse its stance on Israeli settlements after more than 40 years of policymaking consensus flies in the face of the international community’s condemnation of the illegal occupation of Palestine, and of its efforts to resolve the most intractable conflict of our time…

Fylde General Election 2019 list of candidates: Who should I vote for?

14/11/2019
Gina Dowding is a veteran when it comes to Green Party politics, having stood in a number of local, general and even European elections for the party since 2010…

12/11/2019
By its landmark decision today, the Court of Justice of the European Union has affirmed categorically, that products originating from a territory occupied by Israel should be correctly labelled in order to allow European consumers to make a free and informed choice when buying goods from the region…

Support for green new deal for climate and jobs – but what will it mean?

06/11/2019
The Green Party, which currently has one MP, accordingly announced its government plan included spending £100bn each year on the climate crisis.

“Is this a lot of money? Over a decade ago in 2008 the British government bailed out HBOS to the tune of over 30 billion,” said Gina Dowding MEP, a Green Parliamentary candidate for Fylde constituency….

What would a Green New Deal look like in reality?

06/11/2019
As the Greens launch their General Election campaign, Gina Dowding MEP shows what the party’s Green New Deal could do for the North West and the UK…

The Green New Deal in the North West

05/11/2019
We need a rapid transition to a smart, zero carbon, nature-friendly economy that will create thousands of rewarding job…

03/11/2019
“Giving workers more input into the decisions that affect them is a key part of a just and fair transition. Co-operatives, community enterprises and employee-owned businesses are growing steadily in the UK as awareness increases of the societal damage that pursuing profit above all else can cause…”

02/11/2019
“We are delighted that the government has finally accepted the position that the Green Party and anti-fracking protesters have had from the outset. ocal people will be hugely relieved following years of havoc this industry has wreaked upon their communities: and more than a few people will rest easier at night knowing that the risk of seismic tremors has gone…”

01/11/2019
The Green Party’s vision for industry was conceived long before it became as urgent as it is today and remains the best route out of the mess our environment, society and climate are in…

31/10/2019
“It is worrying that in the year that the climate emergency became one of the most pressing issues in the political debate, the Conservatives feel it is appropriate to employ a lobbyist who works for fracking firm Cuadrilla to write their election manifesto…”

Is Fracking in Lancashire Really Dead? Not Quite

30/10/2019
“People have put down their tools for the moment but they haven’t gone home,” said Gina Dowding, a Lancashire county councillor representing the Green Party, and an MEP for the North West. “Everybody I’ve spoken to has said: not until categorically this company itself declares its leaving will everyone completely relax…”

29/10/2019
Today in Manchester, Gina Dowding MEP, launched a brand-new report – The Green New Deal in the North West – which presents a framework of how we can fundamentally transform society in the face of the current climate emergency…

23/10/2019
The government has no clear idea on how much it has spent supporting fracking, what the benefits would be and how much investment would be needed in future, the UK’s spending watchdog has revealed…

23/10/2019
“Aside from the myriad issues surrounding fracking, to even think of progressing with a new fossil fuel industry during a climate emergency, is nothing short of stupidity…”

17/10/2019
Youth climate activist Hannah Cartlidge visited the European Parliament in Brussels scared for the future of the planet, but returned hopeful that the institution could make a difference – while it still can…

16/10/2019
The letter asked Donald Tusk if the European Council could extend the Brexit deadline past October 31 to help rebuild “trust and cooperation” between the UK and the bloc. It also suggests the MEPs represent the majority of people who want to remain in the EU, although none of them were from the Conservative Party or Brexit Party…

15/10/2019
Gina Dowding, Green Party MEP for north west England, said the arrest figures were a reminder of what she called “draconian policing and “infringement of people’s right to protest…”

15/10/2019
“The idea behind the seminar is to create a space for stakeholders to explore the important role art has to play in community cohesion, cultural regeneration, and economic development, and that those things are inextricably linked” said Gina Dowding MEP…

14/10/2019
You can listen to Gina’s interview on BBC Radio 4’s PM programme, from 14 October 2019, talking about the frequent flyer levy, alongside former director of the Danish government’s Environmental Assessment Institute in Copenhagen, Bjørn Lomborg, who is a Danish author and President of his think tank, Copenhagen Consensus Center.

10/10/2019
“Governments at all levels, including here in the European Parliament, are declaring climate emergencies and recognising that swift and urgent action needs to be taken to reduce carbon emissions…”

06/10/2019
Green Party county councillor Gina Dowding criticised the slowdown in co-operation over the past 18 months, which had put a halt to plans to invest in social housing…

05/10/2019
The event, paid for by the Europan Parliament and arranged by North-West Green MEP Gina Dowding, is described as ‘a vital discussion around Burnley’s potential for cultural-led transformation’…

24/09/2019
As the impasse over Brexit continues Fiona Finch caught up with new North West MEP Gina Dowding, who is also still a Lancashire county and Lancaster city councillor, to ask what it is like to be a new Brit in Brussels?

24/09/2019
Green Party MEP Gina Dowding, who is also a Lancaster City and Lancashire County Councillor, has called for Mr Johnson’s immediate resignation, and for Parliament to be reconvened straight away so that it can “begin to chart a sensible path through this national crisis…”

Climate change protesters takes to the streets in Lancaster

20/09/2019
The trip was created due to the overwhelming interest in how European Parliament works, along with the role of MEPs and how Green MEPs in particular, are working to place climate action and climate justice at the very top of the parliamentary agenda…

19/09/2019
Gina Dowding, Green MEP for the North West of England, said: “I would urge anyone who can, to join the Global Climate Strike on Friday. I’ll be at the strike in Preston before going through to the Lancaster event. It’s vital that we all get behind this demand for climate justice…”

19/09/2019
Isobel Deady, 16, has travelled to the European Parliament as part of a group of 17 young climate campaigners. She was taken to Brussels by the North West’s Green Party MEP Gina Dowding to learn more about climate work currently being done at the home of the EU…

19/09/2019
17 young environmentalists from across the north west as they went on a trip to Brussels – organised by Green Party MEP for the North West, Gina Dowding – to discuss climate change with the European Parliament, NGOS, and other climate activists…

17/09/2019
Gina Dowding, Group of the Greens/European Free Alliance, voiced concerns over the lockdown which continued for more than one month…

12/09/2019
The first ever Green Euro MP in the North West is set to visit West Cumbria later this month. Gina Dowding is heading to the west of the county on September 27/28…

Greens get ready for a General Election

08/09/2019
With a snap General Election looming on the horizon, the Green Party of England and Wales deputy leader Amelia Womack has called for the party to field its highest ever number of candidates…

05/09/2019
“It is now time for Cuadrilla to leave Lancashire. Their continued disrespect for regulations and the community in which they operate, is astounding…”

04/09/2019
“If we continue on this trajectory we are on a path to becoming a failed state in Europe. But no deal is not a done deal. We can still stop Brexit…”

02/09/2019
“The residents of Preston New Road community and Lancashire deserve better. It is now clear that Cuadrilla have failed to work within the limits of the seismic traffic light system…”

01/09/2019
“People have come out in their thousands, standing in the pouring rain, to stand up for our rights as citizens, exposing the lie that this was all about taking back control…”

01/09/2019
The debate will include a panel of three of north west MEPs; Jane Brophy (Liberal Democrats), Julie Ward (Labour) and Gina Dowding (Green)…

01/09/2019
Speaking afterwards Green Party MEP for the North West Gina Dowding told the Manchester Evening News: “This is really now about a fight for democracy…”

28/08/2019
This week, Boris Johnson became prime minister of the UK off the back of the votes of just 92,000 Conservative Party members. Like many, prominent Greens have been deeply critical of his ascent to power and the appointment of his cabinet….

The new row over county’s stance on fracking and regulation

18/07/2019
Back in May, a motion was put forward by Green Party County Coun Gina Dowding welcoming the government’s decision not to increase the strength of earth tremors which can occur before fracking has to be suspended…

18/07/2019
“This industry is lobbying the government to change the seismic limits to the detriment of the communities in which they operate. This underhand behaviour must be resisted…”

‘You Can Be a County Councillor – and Still Have a Life’

08/07/2019
Blue moon spotters were in luck this week. A Green Party politician was on the BBC’s flagship political debate show Question Time…

04/07/2019
The first ever Green MEP for North West England has officially taken her seat in the EU Parliament this week, during the opening session of the new term in Strasbourg…

The Green Party, Brexit and the BBC

‘When You’re in Green Politics, You’ve Got to Have Confidence’: MEP Gina Dowding on Europe’s Green Wave

04/06/2019
Two years ago, Gina Dowding was arrested and charged after locking herself on to pipes and obstructing a road in protest of a fracking site in north-west England. On May 27th, 2019, she was elected to the European Parliament…