Gina Dowding is the Green MEP for the North West of England, elected in June 2019. This site provides the latest news about Gina’s work as an MEP and the issues she is particularly involved in.

We have launched a report on The Green New Deal in the North West, which presents a framework of how we can fundamentally transform society in the face of the current climate emergency.

Joined by a range of expert guest speakers, including former Green Party leader and newly-appointed member of the House of Lords, Baroness Natalie Bennett, we held roundtable discussions and a feedback session on the report contents.

Five key areas have been identified, of critical change that is required: renewable energy supply; energy-efficient buildings; sustainable transport; a zero-carbon, circular economy; and land use, food and biodiversity.

The report outlines key opportunities and examples of best practice from across the region, setting out some of the policies that are needed to scale-up action. Find out more about the Green New Deal and download a copy of the report here.

Final Farewell in My Role as Your Green MEP

31st January 2020
A Sad Farewell Welcome to my extra-long blog this week. Sadly, this is my last writing in my short-lived role as a Green MEP for the North West. What an amazing experience it has been, and I want to say again: a huge thank you…
Read More

The Final North West Visit to the EU: Guest Post by Miranda Cox

31st January 2020
Guest post by Miranda Cox The Final North West Visit to the EU A small delegation from the anti-fracking campaign in Lancashire joined our Green Party MEP, Gina Dowding and representatives from other campaigns and research groups at the European Parliament in Brussels for two…
Read More

31st January 2020
31 January 2020  FOR IMMEDIATE RELEASE MEPs have called on the Commission to act on the issue of EU trade with occupied territories. By urging the Commission to propose an EU-initiative on the matter, they hope the EU can ensure full compliance with both European…
Read More

Journalism is a vital pillar of EU democracy because it holds powerful people to account. We must therefore do all we can to protect journalists 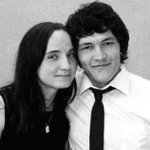