It was good to join with Kevin Blowe, Baroness Jenny Jones – a Green member of the House of Lords – and many others, to celebrate 10 years of Netpol; the police monitoring group. It was, I suppose, a bitter-sweet occasion, with a realisation that we actually need a police monitoring service to keep activists and campaigners safe and ensure justice stands a chance. Following my recent trip to Israel and Palestine, I feel even more acutely for those living under daily oppression and I am keenly aware of how US announcements on the settlements in the occupied territories must affect the morale of Palestinians in the West Bank.

On a more positive note, I was invited along with others, to examine issues of road safety. And I am delighted to conclude that the Green Party’s Green New Deal – and our own report: The Green New Deal in the North West – offer the very best solutions, with positive impacts being very quickly realised.

Last week passing through London via my usual Eurostar journey back from Brussels, it was a treat to attend a fantastic event to honour the 10th anniversary of Netpol. This is an organisation founded to monitor police responses to public order, protest and street policing, and to also provide challenge when policing is excessive, discriminatory or threatens civil rights. Green Party peer, Baroness Jenny Jones, has worked hard to support Netpol as they’ve become ever-more important –mainly as political and environmental street campaigning increases.

Working in partnership with anti-fracking community groups and Extinction Rebellion, Netpol’s work is vital, but they are in need of funding. See the launch of their ‘Protecting Freedom to Protest Fund.

I like these words by Hannah Chutzpah, who is on Netpol’s Steering Group:

“I’m fascinated by how successful activist campaigns and movements get absorbed into the historical narrative – with people forgetting that there ever was an opposition. Suffragettes and the Civil Rights campaigners were opposed – violently – at the time. LGSM  (Lesbian and Gays Support for Miners) have a feel-good movie now, and the Hillsborough Justice Campaign is finally getting a proper hearing: but for both, it took decades of fighting, while they were smeared by both politicians and the press. Doreen Lawrence (mother of Stephen Lawrence, a black British teenager who was murdered in a racist attack in South East London in 1993) is now a dame – but before that, she had police spies infiltrating her grieving family’s campaign for justice.”

It’s been Road Safety Week throughout Europe this week. The problems on our roads are far more serious than most realise, with pedestrians and cyclists most at risk. A report out this week by Brake, stated that one in three adults were involved in a collision or near-miss on a UK road last year.

In the European Parliament, within the newly formed cross-party group for Sustainable and Safe Active Travel, we want to focus on the “entirely avoidable” deaths of young people due to road traffic collisions. In the UK, five people lose their lives every day on the roads. A ‘modal shift’ to cycling and walking, with an investment in decent cycling infrastructure for short journeys, could drastically reduce air pollution in our major cities.

Poor air quality is responsible for over 4000 death each year in the North West. Our recent The Green New Deal in the North West focussed on some of the key policy changes required, including a commitment to put public spending on walking and cycling to at least £10 per capita, per year – on par with leading cycle-friendly countries. The future can be positive and bright.

I was due to co-host a meeting this week in the European Parliament with two prominent and respected peace advocates: Former Israeli Ambassador and negotiator, Ilan Baruch, and Ashraf Al-Ajrami, member of the Palestinian Committee for Interaction with the Israeli Society. Sadly I was unable to attend due to illness, but the meeting, chaired by my colleague Margrete Auken, Danish Green MEP, was very informative.

Mr Ilan Baruch, after 36 years of diplomatic career including postings in Asia, Europe and Africa, resigned from the Israeli Ministry of Foreign Affairs in 2011 on grounds of principle and since his early retirement, he has been devoting time and experience to projects in public diplomacy. He is currently chairperson of a team of activists promoting the Middle East peace process based on the two-state solution.

Ashraf Al-Ajrami, former Minister in the Palestine National Authority, is together with Mr Baruch a director of a new cultural centre called the Palestine House in Tel Aviv.

Mr Al-Ajrami stated that sadly a majority of Palestinians no longer believe in the feasibility of the two-state solution, which had 70-80 % support after the signing of the Oslo Accords, now due to the Israeli Government’s actions. Many Palestinians believe that the de facto annexation has become the reality on the ground in the West Bank. He warned that the peace process is thus losing momentum.

Mr Baruch underlined the importance of the EU in speaking up and affirming its commitment to ending the occupation of the Palestinian Territories, and to the two state-solution and particularly and significantly this week when the US unilaterally decided to ‘normalise’ and legitimise the illegal settlements.

Mr Baruch also highlighted the recent ruling on labelling of products with origin in the illegal settlements as important EU action to keep the peace process alive. The EU is by far Israel’s most important trading partner and has the potential to use that leverage.

Mr Baruch saw this visit to the European Parliament as the first in many to come, and I hope to meet him in the near future.

This week’s decision by the US administration to overturn 40 years of USA policy, to declare that the illegal occupation of Israeli settlements in Palestine is in fact, not illegal as far as America is concerned, has attracted widespread condemnation and goes against international law. I wrote a piece on this grave situation for Middle East Eye.

The seasonal festivities this Saturday (23 November) start with friends and community at the Green Christmas fair in Lancaster. I’ve been a Councillor in this area for more than two decades now and The GCF has become an annual institution. If you’re in the area, the fair is Saturday 23 November 10 – 4 at the Friends Meeting House, next to Lancaster train station. There will be all of the usual wonders with two floors of stalls selling locally-produced art, crafts, games, clothing, gifts, and much more (e.g. hundreds of second-hand books/DVDs and the ever-popular Fairfield Association calendars!) plus live music all day, Santa’s grotto and a wonderful café and all for just 50p (free for children). For the first time in 25 years, I will miss due to illness. But I have booked a delivery of a cake from a friend!

The ultimate insult to voters and democracy in the blatant use of spin and manipulation of truth by the Conservatives this week, when they set up their social media Twitter account to ‘appear’ to be a fact-checking account. Adding insult to injury, Nicky Morgan MP went on to respond that: “This is a total Westminster bubble story,” suggesting that nobody outside of political London is bothered by the lies and lack of integrity. This was then compounded by her colleague, Dominic Raab MP, who claimed “No one gives a toss” about the “social media cut and thrust” after the Tories changed their social media account. This is an appalling attitude to take in the run up to the election.

I do despair at what the  Conservative Party consider to be our new normal. As we are entering the most important final three weeks of the general election, what voters need and want is clarity and truth. The lies on buses and in print during the referendum caused a huge divide in our country and we must learn from this.

The Green Manifesto launch is for me exactly where hope lies. If you’ve not had the chance to see how brilliant the future could be in the hands of a political party that genuinely cares, please do click here 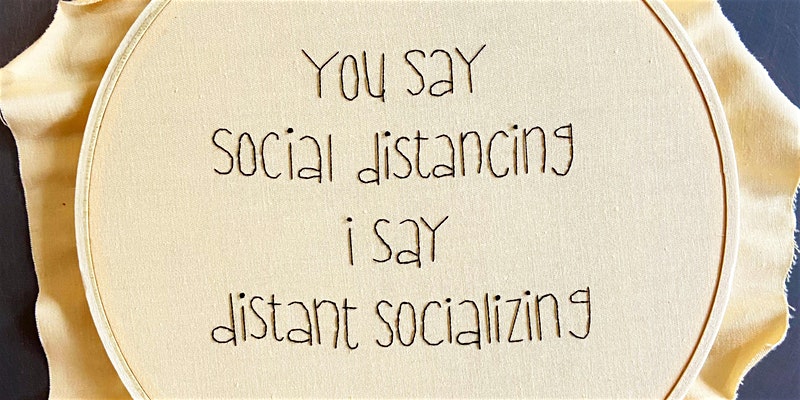