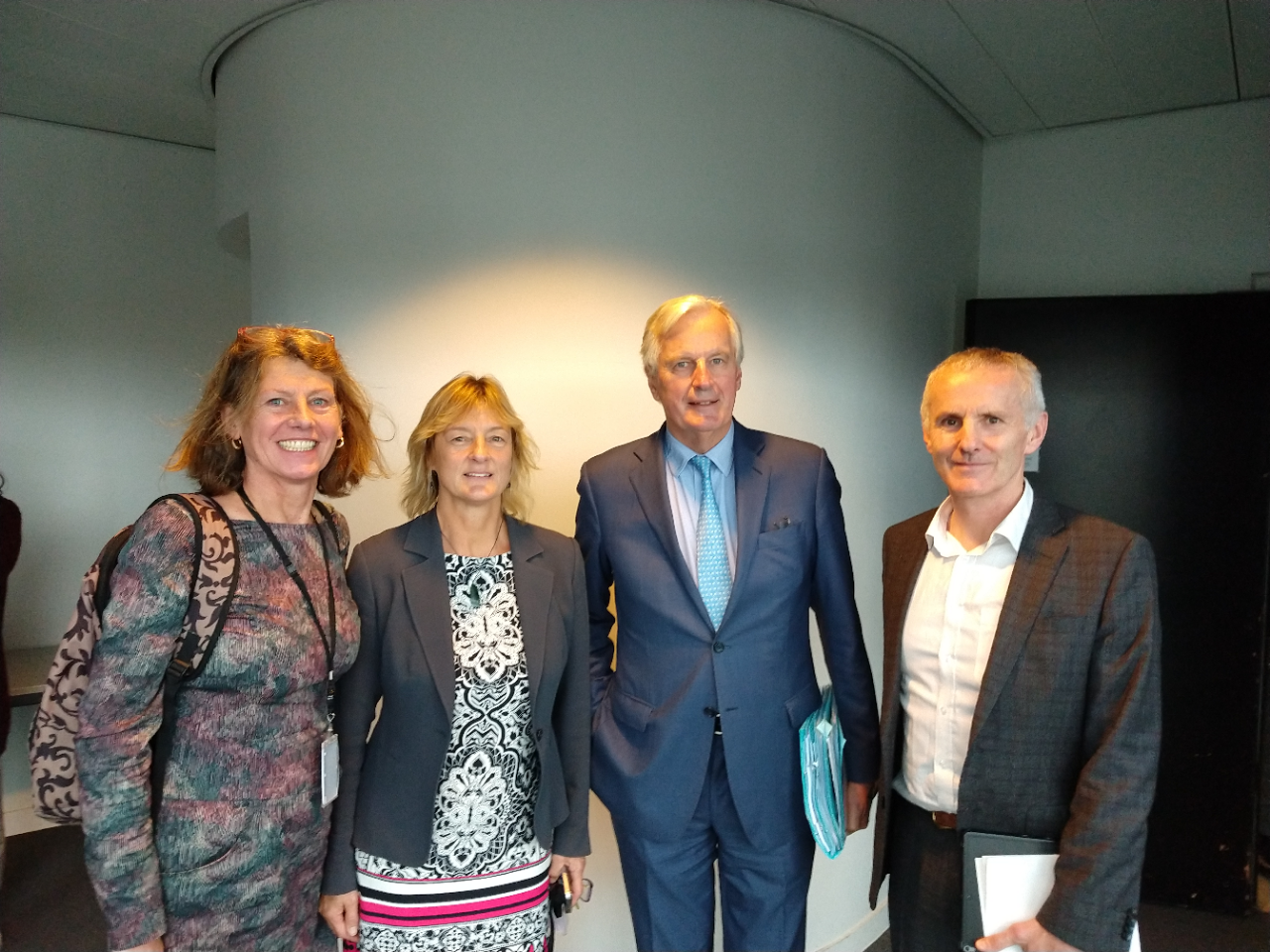 The clock is ticking (albeit an hour earlier than last week) and the stress is showing in UK politics. The bigger picture globally and the requirement for action on climate chaos is so much more than Brexit, and I fear that today’s news of a general election will not bring us closer to a democratic way forward for action on what matters. Meanwhile, in Strasbourg, earlier last week, issues on the plenary agenda for MEPs included Uganda’s threat to impose the death penalty on homosexuals; the demise of Thomas Cook and the need to protect workers’ rights; the protection of honeybees; and addressing clamp-downs on the right to protest.

On Thursday, the European Parliament strongly condemned the recent developments in Uganda concerning the rights of LGBTI people. The Parliament adopted a strongly-worded resolution that followed on the Ugandan government’s announcement to introduce a bill that would impose the death penalty on homosexuals in the country. The resolution:

“…stresses that discrimination against LGBTI people undermines the most basic of human rights principles and sexual orientation and gender identity are matters that fall within the scope of an individual’s right to privacy, as guaranteed by international law and national constitutions.

“EU institutions will continue to support civil society organisations that work with the defence and promotion of human rights in Uganda, and the EU will pressure the Ugandan government to decriminalise homosexuality.

Known as the “Kill the Gays” bill in Uganda, it was nullified five years ago on a technicality and Uganda’s Ethics and Integrity Minister Simon Lokodo said on 10 October, it planned to resurrect it later this year. African countries have some of the world’s most prohibitive laws governing homosexuality. Same-sex relationships are considered taboo and gay sex is a crime across most of the continent, with punishments ranging from imprisonment to death.

Since the announcement on reintroducing the bill, the Ugandan government has experienced a global backlash. Following condemnations by many international donors, the government has since backtracked. On 14 October, a spokesperson for Uganda’s President Yoweri Museveni denied plans by the government “to introduce a law like that”.

An oral question by an MEP prompted a debate into the liquidation of the Thomas Cook Group in the plenary. My colleague Catherine Rowett MEP spoke in the debate, which then proceeded to a vote on a ‘Joint Motion of Resolution’ on Thursday, covering the key issues from the EU perspective. The Thomas Cook fiasco has put 22,000 jobs at risk worldwide, of which 9000 are located in the UK, 2,500 in Spain, and more than 1000 in Greece. The fate of these jobs is still uncertain, but it’s likely to have considerable knock-on effects, not only on the tourism industry and on the transport sector, but on the economy as a whole.

Tourism employs an estimated 12.3 million workers and provides at least 5% of all jobs (more than 27 million workers when considering its links to other sectors) and Europe is the number one destination in the world.

The resolution notes that the crisis borne out of the bankruptcy of Thomas Cook Group is not an isolated event and may well happen again in the future. It included calls, therefore, on the Commission to evaluate the feasibility of adopting specific actions and/or measures to prevent situations of this kind from happening again in order to further boost consumer protection and passenger rights.

The Greens also proposed and voted on an amendment which pointed out how unnecessary the recent chaos was and how easily Thomas Cook could have catered for this; the need for provisions on worker protection; calling on the European Commission to study causes and future remedies (also to enforce the provisions of  the package travel directive) and to consider state aid only as a very last resort. Importantly, the Greens reiterated the importance of establishing an EU Strategy for Sustainable Tourism.

Discontent, fear and the abuse of power are behind uprisings that it seems are everywhere; from Chile to London, Hong Kong to Egypt and many more. Uprisings against oppression and for the environment; just individuals screaming out for their rights, the safety of their families and the future. This week, the EU Parliament condemned the crackdown on protests in Egypt and adopted a resolution strongly condemning the Egyptian government’s recent crackdown on peaceful protesters and the ongoing restrictions on fundamental rights in the country. We called for:

“…an end to all acts of violence, incitement, hate speech, harassment, intimidation, enforced disappearances and censorship.”

As well as for an “independent and transparent investigation into all human rights violations and for those responsible to be held to account.” The resolution also demands the immediate release of all human rights defenders detained or sentenced during the recent protests.

I attended two meetings with Michel Barnier as he explained his role in the recent negotiations to bring about Johnson’s Brexit deal. In short, it is clear that the EU have to work with the Prime Minister of the UK regardless of his shrinking mandate. My gut feeling about all of this is we shouldn’t underestimate what horrors lie ahead for the UK as corporate interests step in (those who rub their hands in glee at the prospect of lower regulations and standards) if we step out of Europe.

As a block, the European Parliament has the power and influence and to stand up ‘for the little guy’ – in this case – the honeybee, and our work this week was vital. The EP voted positively on a Green/EFA resolution to ensure there will be no relaxation of regulations on pesticide use so that honeybees can be protected.

Manipulation, disorder, disorganisation in the UK Parliament that continues to drain and exhaust MPs, staff and resources. Right now, I am very sorry to see that other parties who were previously supporting a People’s Vote, now veering towards calling for a General Election. Disappointing indeed. Nearly all political commentators and politicians in their hearts – know that a General Election will not serve to find a clear way forward nor heal divisions.

This week I am launching my report: The Green New Deal for the North West – and we have had a brilliant take-up of places from a range of agencies and strategic players, so much so that we weren’t able to publicise more widely. However, with an extension in my role as MEP in sight, I will be able to continue to communicate our ideas of how a radical transformation of how we do business, and a decarbonisation of the economy can address the climate emergency, create meaningful jobs and bring about a better quality of life for all.