My holiday plan for this year originally involved a couple of weeks cycling in France but after the election it got trimmed to a few days in Morecambe Bay; every moment though was worth it. Away from cities and work, cycling the fabulous Cumbrian coastal way was bliss; catching sight of dolphins off the coast at Piel Island, the icing on the cake.

These simple pleasures remind me why I am in the Green Party: to protect and preserve nature and promote the lifestyles and modes of transport that enable a less toxic future. Cycling has been a pleasure I and my family have enjoyed for years and it is such a shame to see cycling and cyclists marginalised again this week in Manchester.

There was though a fantastic turnout at ‘The Great Ancoats Street Swindle ’ where protesters gathered to demand bike lanes on this key route. Manchester City Council recently announced a £9.1 million “green transformation” to Great Ancoats Street, which, they said: “will radically improve the way pedestrians, cyclists and motorists travel”. However, the scheme will take out the existing cycle lanes without replacing them. There is a petition that puts the case well:

Coming up this week is an important trip to Strasbourg.

Following last month’s elections, the new session of the European Parliament kicks off on Tuesday, with MEPs meeting in Strasbourg for its ninth term. For me, it’s another ‘first’ and I’m genuinely looking forward to discovering how the processes work and what we can achieve with them. I’ll keep you posted where possible!

The European Parliament’s new term starts on July 2, but negotiations over political groupings have been underway since the end of last month. Now though it’s time to put MEPs into key roles and all the EU’s top positions are being voted on. According to the information:

“One of the big things to keep an eye on is who will replace Jean-Claude Juncker as president of the European Commission. The new European Commission will take office in November. EU leaders will attempt to pick a candidate, taking account of last month’s results, before MEPs cast their vote. Given the Commission proposes and enforces EU law, manages policies, negotiates international agreements and allocates funding, this is a crucial role.”

With the shift in the balance of power that came with the elections, the Greens as one of the four main blocks have been in talks throughout the preceding weeks. With considerably more power than in previous Parliaments, we aim and hope to use this position to prioritise action on climate and biodiversity, social justice, employment, poverty and transparency. As the democratic process unfolds, I’ll be curious to see how it compares to the politics here in the UK.

A good result for Blackpool after Garry Richardson of Blackpool & Fylde Green Party started a petition that eventuated in this:

“Councillors unanimously backed moves to ensure the authority does everything it can to tackle global warming including to make “clear its fundamental opposition to the practice of fracking.”

Three anti-fracking campaigners from the Preston New Road Rolling Roadside Protest faced charges of Contempt of Court this week; accused of breaching an injunction at the site. The court found them guilty but has deferred sentencing until after a challenge to the injunction is heard.

The future will celebrate the protesters’ efforts and wonder what was driving government policy and Cuadrilla’s choices in this age of climate emergency. It will also surely learn the lesson that peaceful protest is a crucial safety valve in our societies, a way of the people pointing out to the government when they are getting decisions wrong and refusing to acknowledge their error.

There’s a fantastic interview out this week between two amazing young women, well worth your time. Here’s an excerpt followed by the link:

“I went to Standing Rock, in the Dakotas, to fight against a fracking pipeline. It seemed impossible at the time. It was just normal people, showing up, just standing on the land to prevent this pipeline from going through. And it made me feel extremely powerful, even though we had nothing, materially – just the act of standing up to some of the most powerful corporations in the world. From there I learned that hope is not something that you have. Hope is something that you create, with your actions. Hope is something you have to manifest into the world, and once one person has hope, it can be contagious. Other people start acting in a way that has more hope.”

“Most of us know that this is going to affect us in our lifetimes – it’s not just something that might happen in the future. It’s already here and it’s going to get worse, and many of us understand that this is going to make our lives much worse. And also that as young people, we aren’t as used to the system. We don’t say, “It’s always been like this, we can’t change anything.” ..it always reminds me a lot of the Emperor’s New Clothes. Everyone believes in this lie, that only a child dares to question.”

The right to peaceful protest is a cornerstone of our just society, says @UKHomeOffice minister

So why was @ExtinctionR put on a terror threat list by police?

And why was peaceful protest against fracking considered an extremism risk? 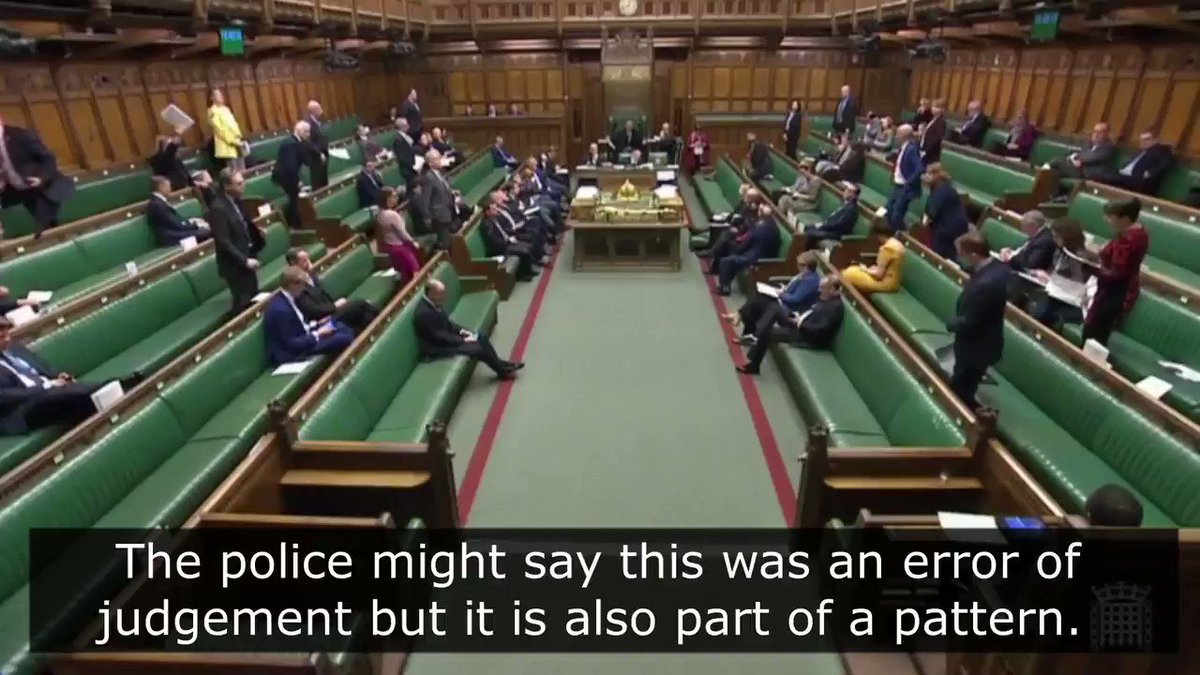