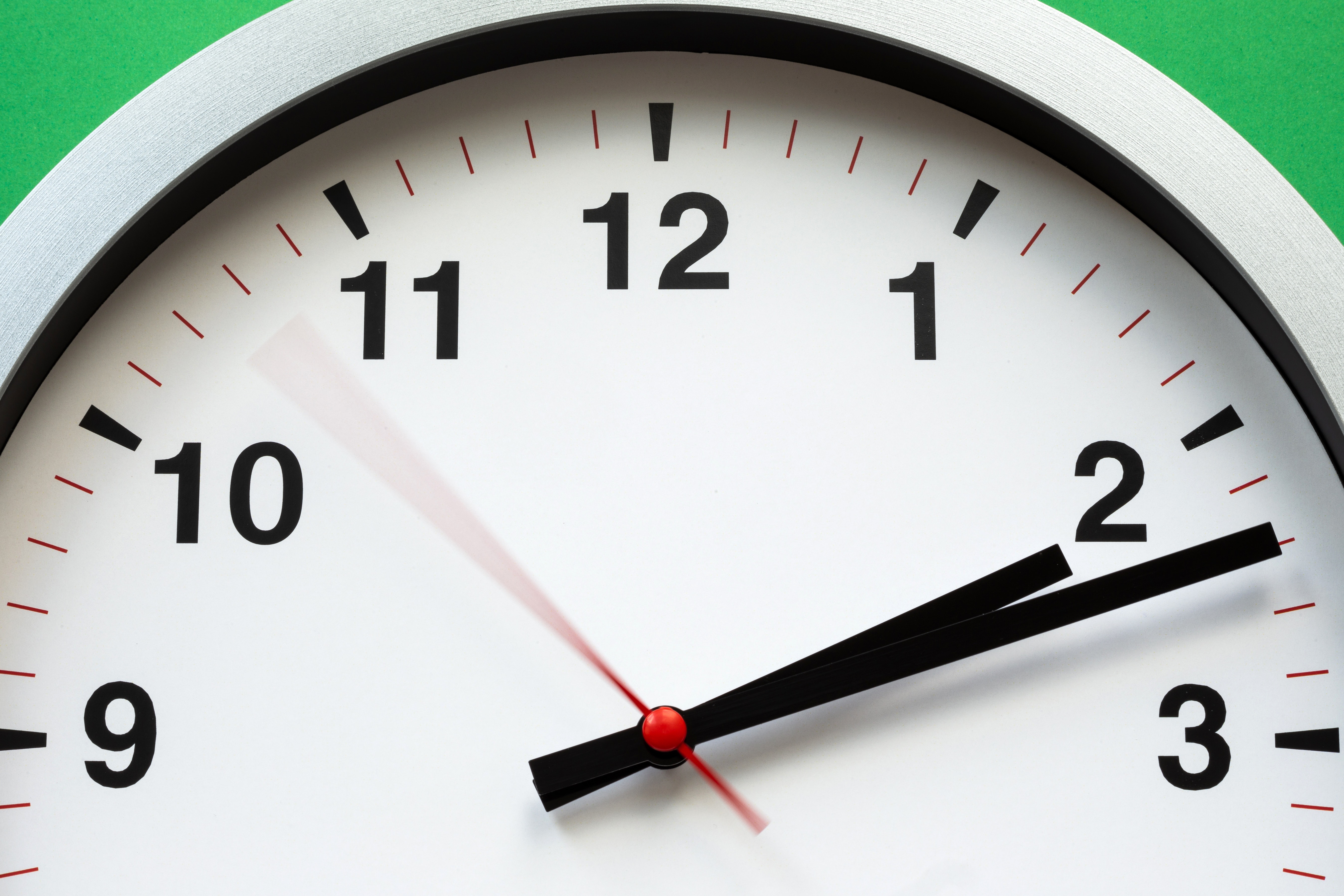 There are always grumbles about putting our clocks an hour back at this time of year at the end of the ‘daylight saving time’. The clocks back ritual seems to exacerbate nature’s shortening of the days, bringing on early darker evenings for months and is barely compensated for by the one-off extra hour in bed. But other than learning to remember to ‘Spring forward’ and ‘Fall back’ – it’s not a huge talking point for most beyond the first few days of November. Winter evening darkness seems to have become accepted – much more so than the weather, even though we ultimately have more control over it.

As an MEP in the European Parliament, I have a new perspective now and the subject is a whole lot more interesting and important than I expected. Working on the Transport and Tourism Committee, on cross-border issues and in a cross-party context on a myriad of matters, I have discovered that on the subject of ending the seasonal time changes, we’re currently at an impasse. Following an EU survey in which the vast majority of the 4.6 million respondents voted to discontinue the practice of switching clocks forward by one hour in spring and back by one hour in autumn, European Commission President Jean-Claude Juncker announced in September last year plans to end daylight saving time. It seems most agree that no longer applying seasonal time changes is sensible. But whether we stay on ‘summer time’ or ‘winter time’  could be an issue – especially with 27 Member States each choosing for themselves!

“Clock-changing must stop. Member states should themselves decide whether their citizens live in summer or winter time.” Commission President Jean-Claude Juncker

Despite the above declaration by Juncker, the European Council has blocked progress. It’s controversial because, despite the European Parliament’s support for the proposal, made with good intent, the decision to give member states control presents problems that could make Europe look like a patchwork of time-zones! Here’s some background:

In the Commission’s public consultation, admittedly dominated by responses from the Germans – 84% were in favour of discontinuing the bi-annual clock changes and only 16% wanted to keep them. (A full, detailed report on the results of the consultation can be found here.)  Essentially the reasons for abolishing the current clock changes arrangements boil down to advantages to human health (43%),  and lack of energy saving in the current system (20%).”

In March this year, the European Parliament adopted its position on the Commission proposal, under the draft directive, which passed by 410 votes to 192 to support a stop to the seasonal clock changes by 2021. Member states would be able to choose whether to remain on “permanent summer” or “permanent winter” time with a timetable of adjusting their clocks for the final time on the last Sunday in March 2021 or the last Sunday of October 2021 respectively. But the Council has not yet finalised its position.

The tricky issue is the result of leaving Member States the freedom to decide their standard time. Currently, there are three standard time zones in the EU: Western European Time in Ireland, Portugal, and the UK and of course known to us as British Summer Time ( BST), Central European Time in 17 Member Stats,  and Eastern European Time(EC). These zones make sense as one moves from east to west. Its theoretically possible if left to national decision making that one or more of the 27 or 28 member states could choose a permanent time zone completely out of kilter with this natural current east to west phasing, creating a ‘patchwork’ of time zones.

When Did All This Start?

The history of the time change was in fact created with a clocks forward initiative as some European countries introduced summertime arrangements in the last century to save energy, particularly in times of war [First and Second World Wars – first introduced in 1916] or during the oil crisis of the 1970s. Starting in 1980, the EU gradually adopted legislation putting an end to the diverging schedules of the national clock changes and since 2001, EU summertime arrangements have been governed by Directive 2000/84/EC –  setting out the obligation on all Member States to switch to summer-time on the last Sunday of March and to switch back to their standard time (“winter-time”) on the last Sunday of October.

What’s Good for Our Health?

As a former public health specialist in the NHS, I always look to the evidence on the health and safety implications of policy changes. There are two key issues. Firstly does the switching from one-time zone to another itself causes health problems. Critics argue that disruption to circadian rhythms (sleep patterns) can negatively impact on human health. Studies suggest that although getting an “extra hour of sleep” when the clocks move back does not lead to people sleeping longer, the loss of an hour of sleep when the clocks move forward negatively affects sleeping patterns for several weeks afterwards. (Guardian)

At the very least there is a recognition that for a nation that is already sleep-deprived (a study found that on average Brits are missing out an entire’s night sleep per week) having our alarm thrown out of whack by an hour can make matters even worse (Huffington Post).

There are studies that hormonal changes resulting from bad sleep can contribute to conditions from a worsening of bad skin to increased stroke risks (Huffington Post).

And others (Studies) have found that the risk of having a heart attack increases in the first three weekdays after switching to Daylight Saving Time (DST) in the spring (BMJ Journals).

However, most of the traditional arguments are around whether lighter evenings or lighter mornings in the winter time are better or worse for safety risks especially relating from road collisions. Each year, when the clocks go back in the autumn, there’s a marked spike in the number of vulnerable road users killed and seriously injured. According to the Department of Transport, in 2017 pedestrian deaths rose from 37 in September to 46 in October, 63 in November, and 50 in December. The casualty rate for all road users increased from 520 per billion vehicle miles in October to 580 per billion vehicle miles in November.

During the working week, casualty rates peak at 8am and 10am and 3pm and 7pm, with the afternoon peak being higher. Road casualty rates increase with the arrival of darker evenings and worsening weather conditions. And it is vulnerable road users – such as children on their way home from school and cyclists – who would experience the most benefit.

It’s estimated that retaining British Summer Time (BST) all year would save at least 30 lives and prevent many more serious and minor injuries, each and every year. This is because drivers will have the benefit of extra daylight during the evening commute through the winter, protecting vulnerable road users, particularly pedestrians and cyclists (*The Royal Society for the Prevention of Accidents).

A BRE report from 2005, prepared for DEFRA, that expanded on earlier work considered the effect that changing UK clocks from GMT to British Summer Time had on energy use. The conclusions in the UK were not encouraging: “As these results are based on a limited number of simulations, there is uncertainty associated with the final figures. However, it is unlikely that a switch to BST all-year-round would lead to significant CO2 savings.” Fifteen years on, it could be argued that an update would be timely (BRE Group).

Meanwhile the retail and tourism industries claim they would benefit from the extra hour of summer evening daylight.

The farming industry has traditionally disliked DST for its impact on everything from milking cows to reaping harvests. But a National Farmers Union spokesman painted a more nuanced picture:

“The last time we tested opinion among our members there was a narrow majority in favour of lighter evenings” National Farmers Union.

The aviation sector is little affected. Plane schedules have to work internationally around countries changing clocks at different times. Fewer time differences, it is argued, would facilitate cross-border trade and travel in the EU.

One thing is clear. Having consulted with the public at a European level it’s not good for the EU to take no future action, especially when there was such an overwhelming response in favour of ending the time changes. Although unlikely, it’s just possible that by announcing that it would be for each Member State to choose WHICH permanent time zone to adopt, Commission President Juncker may have precipitated an increase in differences between Member States – a very un-European outcome.

Could we just switch to and live with permanent summer time without having chosen it for ourselves?

I would, for one.